5 things to consider when thinking about Influencers

Stop Wasting Your Money on Influencers.

It’s no secret that brands love influencers. In terms of reaching a desired audience in an authentic and tonally relevant way, they’re the ultimate super hero. Like Gods among the human race, they preach to their disciples rambles and tales of their own life, all wrapped up in dialogue and advice on maximising the everyday. Then, on the odd occasion their followers are offered the ‘privileged’ of an interaction with their wisdom that’s solely paid for by a brand. Oh how lucky the influenced are!

Pray tell I hear you ask, why such a feeling of negativity towards such a powerful brand asset? The reality is that my feeling is one of more frustration than negativity. For me the current relationship has a rather obvious flaw in the process and  arrangement of working with these so called ‘influencers’. That said, the later parts of 2016 and the opening months of 2017 have provided some hope. The hope I speak of is simply brands just taking back some ownership of the partnerships these influencers have choked for so long. In social media terms, brands are dictating and planning a more rigorous structure and process that ensures these influencers add more value to the paying party, rather than the paid.

As with anything in the business of social media, one size never fits all. So to help you make positive influencer decisions, we’ve instilled a few principles that ensure our clients, and the industry can benefit from this new era of partnerships.

1. Are the audience actually of value?

When choosing an influencer, sometimes it simply requires some thinking and common sense to make decisions. Posing a question about audience relevancy of a potential influencer will help you in understand; ‘Does my audience benefit?’ and ‘Is the influencer’s audience of relevance to my brand and objectives?’ It’s simple enough and an almost patronising suggestion, yet you’d be surprised how many people don’t think this way.

As an example, we recently analysed an influencer campaign that was targeted at 25-44 year old women in the UK. It was a cross platform partnership whereby the majority of content created was shared on the influencer’s channels. By using the data we had about the influencer, we were able to determine a rather gross miscalculation around the use of the individual.

Firstly, only 25% of the influencer’s audience fell within the desired 25-44 year age range. Of that 25%, only 15% were in the UK.  As the total figure of her following was based on all of her social channels, we crossed referenced the followers and found that around 50% followed on every channel. Thus, from the original audience size of 500,000, only 9,375 people were suitable for the target audience. That’s about a 2% relevancy from an audience perspective.

This obviously brings up multiple issues, all of which could have been avoided. The most alarming being the impact it can have on your brand. Firstly, what relevance does this individual have with your audience and/or the audience you are trying to engage? Their existing following at 2% relevancy clearly indicates that your audience does not care for and will not be influenced by this individual. Of course you may convert a handful of people, but fundamentally you’re just building negativity towards your brand by showing lack of understanding and care for your audience’s needs.

2. Who is really benefiting?

There’s a bitter sweet problem when it comes to using influencers. Brands love them due to their audience size, reach and the engagement they have with their audience, yet often don’t use them in the most effective way for YOUR brand. It’s important however to have a clear understanding in the first place as to why you may be using them. If it’s simply to get a new product in view of the masses, plus the influencer genre of content fits, then it’s an easy win. This approach however often makes my head hurt primarily due to the lazy nature of the thinking and lack of context to the partnership.

A common feature is for brands to get influencers to create content to be shared on the influencer’s pages. In return, the brand will get hold of a selection of content for their own social channels, coupled with a large paid for campaign where that content is used to direct their audience to the influencer’s page. In essence, a brand spending more money helping the growth and earnings of the influencer they have already paid to use. Where’s the sense in that?

The reality is, in order to benefit from these partnerships, you need to bring the influencer and their audience into your world. Your chosen influencer should be directing people to your channels to amplify and generate excitement about the work they have done with you. This rethink also allows you to have more creative control over what is produced, ensuring it’s on brand and tonally relevant for your audience. It also extends the reasoning beyond just reach, giving you the opportunity to grow your audience and ultimately adding that authentic feeling of trust that’s so key in the current landscape. This is key when each week these influencers are continually showcasing new products or talking about new partnerships on their own channels. Over time their followers switch off to any brand visibility due to lack of loyalty and revert back to simply connecting with the influencers for them, not the brand association.

3. But you’re not their first.

Authenticity is the buzzword of every year in social, and rightly so. Yet when it comes to influencers we throw it out of the window in order to curb our cravings for big numbers. As important as these may be, there comes a point when we have to ask ourselves, ‘what’s the point of big numbers when people see through the authenticity we’re trying to create?’

A prime example of this would be an influencer being used by a brand whereby it has a positioning is one of feeling youthful by way of being in touch with one’s inner soul through tranquil exercise and clean eating. The influencer in question may fit the profile in terms of content they produce and audience. That’s all well and good, however if only a few weeks before they’ve worked with a high octane, loud and energetic brand, all authenticity and relevancy is lost. Seems simple enough, but more often than not this research isn’t done. As a result, the audience you were planning on connecting with lose faith and the brand partnership becomes irrelevant to their engagement

The marketing landscape is always bickering amongst itself when it comes anything involving size. From data to length of content, it’s an ever changing minefield of best practise. This conversation has, as expected, expanded its reach into the land of influencers. And rightly so. As we’ve discussed already, sometimes bigger isn’t always better when we’re looking to engage or drive a specific message to a defined audience.

As we’ve explored this thinking at HeyHuman, it’s became clear that thinking small can offer more fruitful rewards. Most notable that small to medium influencers offer a 2-3% increase in engagement, compared to the large scale superstars. The truth is, these influencers with a lesser profile actually have more creditability with their audience, thus encouraging a deeper level of trust and authenticity. The trust provided by the smaller influencers presents something similar to that of peer to peer and or word of mouth recommendations. The importance of that behaviour is 71% of personal recommendations elicit a further action or sale (Nielsen). In addition, word of mouth can contribute between 20-50% of all purchasing decisions. Both demonstration that real people trust real people, which in this case translates to those smaller, more credible influencers.

There’s no point dwelling too much on this point as I’m hoping by now the importance of planning and clever thinking has stained itself in your mind. Influencer work needs to be treated with the care and precision you adopt with for all other campaigns. A slap dash approach can and most likely will bring about a rather negative response and therefore failure to the partnership. Influencer campaigns require you to respect your audience as much as you respect your brand. With the right preparation, planning and research, influencer campaigns can be an incredibly worthy and rewarding. Ignoring the obvious however makes you wonder, why bother!

For a free audit on your current influencers, or to hear more about how to maximise these opportuntites, get in touch. 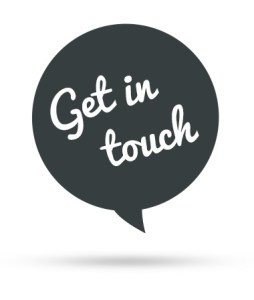