An open letter to social media platforms, from a disgruntled creative agent "You have one new notification."

Someone’s tagged me in a video of a dog being blow-dried.

I’m not going to watch it.

I’m not going to watch it because I’m annoyed.

I’m annoyed because I’ve been in a lot of meetings with media agencies and social platforms, and they always follow the party line: “Let’s optimise our content for view length,” or other similar guidelines.

And I get that. We’re constantly being told we have the attention spans of goldfish on dodgem carts, so shorter, snappier content seems to be the way forward.

But surely that shows a lack of faith in your creative? Surely if your content was truly spectacular and conveyed a message befitting of both the brand and agency, it would survive a long-form run time on Facebook?

Social media ad formats optimised to "best practice" guidelines now dictate how we develop commercial content across other channels. We’ve become so infatuated by data that purports to show how people consume content that we’ve ended up prioritising the numbers over the creative.

Social platforms themselves aren’t really interested in creativity. Everything must be paid and anything actually worth watching is often interrupted by bland adverts.

Data plays a role here, but have we actually lost that human touch? Cue Elon Musk. He may just be on to something with the belief that AI’s already in control.

That said, data-driven content can work creatively – Netflix has produced some world-class long-form programming off the back of data. But that’s the thing – it’s long-form being allowed to develop its themes across a wider narrative, rather than trying to cram everything into prescribed format. It’s creative inspired by data, not constricted by it.

Brand content exists to inspire. Inspire through storytelling. Not just one-liners. At least back in the day there was a greater element of risk.

Before digital, ads were usually made on the basis that they were going to engage people; position, promote and sell a product; and maybe even make someone laugh. Yes, there was a bit of science and some research groups. But now, before you even start being creative online, your ad is being constrained by this criteria and that target… and for what? A feigned lol and a poo emoji?

This is your fault, social media. You have to take some accountability. The more we travel this road, the more we create and distribute poor content and the more the audience resents us for it.

The system works in the platform’s favour and continues to do so – they said this was the best mode of delivery, so why rock the boat?

That’s how we got here. Way too many people pump this stuff out and, too much of the time, nobody even thinks of breaking the mould. It’s our fault as much as social media’s. Agencies are their own downfall, chasing the zeitgeist straight into a cage – one that changes every six seconds, mind you.

Yes, brilliant work’s come from this system’s parameters. But, en masse, these ads are threatening to chip away at what makes great creative, and even destroy the fabric of what makes places like Twitter and Facebook so unique.

They were supposed to connect people. To make them feel. To promote the organic soul of why we exist.

Rather than conforming to the platforms’ standards of shoehorning everything everywhere, into this massive Russian doll of selfies and shares, agencies should be seeing these borders as a creative challenge. They should be thinking of how they can make social channels fit around their content – not the other way round.

It’s supply and demand. We’re only in this situation because we fell for it.

We can dig ourselves out. We can get back to the roots of why this industry exists. We need clients, agencies, media houses and platforms to start thinking human again.

People still love stories. Long-form stuff can thrive on social media – let’s take our inspiration from what we see working in other channels.

The National Geographic’s Before the Flood, produced by and starring Leonardo DiCaprio, rolled out on YouTube at a length of 96 minutes. Granted, it’s no Nyan Cat – 10 hours, but that’s still a big ask from social media browsers. Largely circulated over Facebook, the film racked up more than 60 million views – the most watched NatGeo film ever and arguably the most watched documentary ever… on Facebook.

It told a story. It had a famous actor in it, leading viewers into a topic he’s deeply passionate about.

Agencies’ long-form content wins on TV, too – Guinness’ timeless Surfer ad couldn’t have been five seconds long. It had to unfurl over a minute and a half.

Surely this is where Facebook Watch will be going? Sponsored and non-sponsored content that entertains, allowing creative to flourish.

This industry was built on creating stories people could believe in.

Not 10-second flashes of nothingness.

We’re restricted by platforms and their "best practice", but we have to let them know that it’s not always ours. We need to start creating again before we lose our audience altogether.

Find the purpose, think big and change the way people engage with your brand.

Before it’s too late.

To hear more about about developing the right social strategy for your brand, get in touch below. 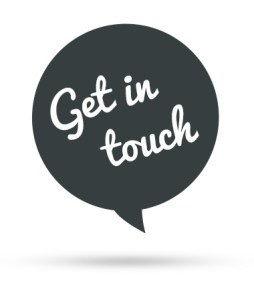 Advertising, Digital, Social Media
The rise of the wearable health device: what does it mean for marketers?
Will robots really replace us?