I spoke at the Agency Hackers Summit this week, and it was another fascinating day with a range of diverse but relevant speakers https://www.agencysummit.co.uk/topics/ One of the big topics was change and new agency models, definitely not a new topic but something that’s top of mind for me every day.

When I started in advertising I think we had it too easy – indifferent thinking and vanilla creative could be as ridiculously profitable as great thinking and brave creative ideas.  Profits were big, accounts were over-staffed and lunches were long.   It was also a lot of fun, obviously.

It was actually easier to get into the industry then, at least from my perspective, as profitable and over-staffed agencies could afford to take risks on people.  Lots of people would disagree with that view but from a personal perspective I don’t think many people would take a chance on an educationally under-achieving, working class and relatively naïve candidate like myself.

Lots of agency heads took the time to interview me, and then reject me, and they were probably right.  (Never mind the other barrier when I got offered a job, that today I wouldn’t have been able to afford to move to and live in London.)

Fast forward to now and you could argue that in an era of low margins, fewer retained relationships, increased competition and short-term mentalities it is relatively easy to sign up emotionally to diversity but harder than ever to do it rationally, i.e. when running a profitable agency has never been more challenging, whatever the plausible business case for the impact of diversity, for example, having more senior women in your agency.

Two out of three Partners at HeyHuman are women and we have a healthy representation of women at a senior level in HeyHuman, but when we say that as part of the diversity debate it’s often misunderstood.  We know that this is only one part of a diverse workforce but it has made a difference.

We also know that there is more to do on broader diversity, but that possibly misses the point.  We spent the last three years trying to build an agency that genuinely thinks and works differently, particularly tapping into accessible versions of behavioural economics and neurodiversity, and we aren’t done yet.   We will only get to the next level with more diverse thinking, and diverse thinking demands diverse people.  Without that we will be stuck in a velvet rut.

Jim Lewcock, CEO of The Specialist Works (https://www.thespecialistworks.com) talked compelling about The Blue Ocean Strategy, growing business in new spaces where you don’t even have to worry about stealing from the competition, because they are somewhere else.  If I’ve learned one thing from behavioural economics it’s that even the brightest people go for the easy option, and you could argue that is what we have been guilty of as an industry for decades.

If we look at diverse people with diverse opinions as the stimulus to shake us all out of the old and easy ways maybe that’s the piece that wins over heads and hearts in the diversity challenge.

To find out more about how we think differently get in touch below. 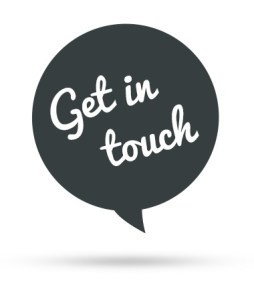