So you got socks. Again. You’ve not opened them yet. But they’re under the tree. Waiting for you. Taunting you.

You gave Mum your Christmas wish list in good time. It contained that demo tape from the band your partner wishes you wouldn’t mention in public. The moisturiser to complement your combination skin. The cool little key-ring you saw at Sherwood Forest - tacky, but you love Robin Hood, so who cares?

But, instead, you got socks.

Low engagement sampling gives you an experience equivalent to getting socks at Christmas. Do you lust for the wet socky sadness? Nah.

We live in a targeted world of facial recognition and Touch ID. But low engagement sampling seems to be stuck in the dark ages.

Sampling in the traditional sense just doesn’t work. Sure, it gets your brand in front of people. But how many of them take X soft drink or Y snack bar because it’s free and they don’t want to pay Euston Station prices, rather than because it’s good? Because they care?

Cost per sample has always been the sticking point. From an objective point of view, low engagement sampling is cheaper. But how’s that return on investment looking? Brands’ cost per sample is going down the drain.

Just because you get given something for free, doesn’t mean you’ll buy it off your own back. Nothing’s changed in your behaviour here, apart from ‘Cool, I got a free bag of crisps. Wonder if they do this every week?’

Sampling has become a flog-fest. We need to take new measures.

Ads are personalised online. So why can’t sampling do the same?

That’s the question we brought to Green & Black’s. We delivered a creative sampling campaign for the brand’s Velvet Fruit range - it involved a plush velvet chair and the possibility to win said velvet chair - and we were dead-set on proving it would boost advocacy more than low engagement methods.

We invited a select group of women - in Green & Black’s core demographic - to HeyHuman with the brief remit of ‘research’, and measured how positive or negative they felt about different chocolate brands, including Green & Black's. Rather than asking for people's stated response (which often doesn't reflect the truth) we measured people's subconscious reaction by recording their brain activity with EEG. This allowed us to quantify the associations people had with the brand - be that positive or negative.

A few weeks later, we brought back all three groups to HeyHuman and repeated the first step. And guess what?

The biggest increase in positivity towards a brand was - yep, you guessed it - Green & Black’s Velvet Fruits after the group experienced the creative sampling experience.

In your face, low engagement sampling.

We get it. We’re behavioural communications experts who understand why people want stuff and how they want to get it. If you want to tailor your sampling to your audience, then please get in touch. 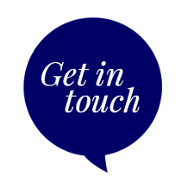 Experiential, Neuroscience, Sampling, NPD launch
3 ways you can win at influencer marketing in 2019
What can tech brands do to stand out? Learnings from CES 2019