Just over a week ago, the new technologies phenomenon, the 2019 Consumer Electronics Show, came to a close for another year. The annual future-thinking showcase has become a pilgrimage for tech lovers the world over and always garners much social and news media attention for what launches and surprises the world’s biggest companies have for us in the coming years. This years’ event showed the world everything from hand sized AI companion pets to room filling tidal wave televisions, and even the untimely death of a robot hit by a self-driving car.

CES is an event which secures a lot of coverage, but we wanted to understand which innovations were getting people excited. To do this we used social listening* to identify the stories which were spreading online.

Overall, the central theme - the factor that saw conversations and topics rise to the top - was that brands who humanise their technology, through either the need it solved or their approach they took in revealing it to the world, were the ones that got people talking. Brands that understand human behaviours and take a people-first approach are the ones that shine, reaching more news feeds, and making thumbs pause.

Here’s what we found through social listening:

A relatively small Israel based tech company were the heroes of CES this year to many as their ‘Foldimate’ clothes folding solution took social media by storm. By solving a very distinct weekly human pain point, people fanatically watched and shared the video of the machine diligently folding and pressing each item of clothing that was fed into it; over 45M views, 107K likes, 94K Comments and over 650K shares during CES itself (statistics that have since doubled).

Mercedes launched the ‘Urbanetic’, their vision for a fully autonomous & electric business and consumer friendly vehicle designed specifically for urban areas. Controllable from a mobile, with self driving platform base upon which you can change top unit to make it equally as effective driving goods and moving large numbers people than a regular car, it certainly shifted many people’s appreciation for what an autonomous vehicle could do and the benefits they could create for all of us as global citizens.

Google built a large ride in the CES car park that playfully described the use cases of the Google Assistant by sliding visitors round at a leisurely pace through different animatronic lifestyle scenes. Every rider, of which there were no doubt thousands during the 4 day event, rolled through with phones & cameras in hand either live streaming or posting about their ride experience. CES is a huge draw for tech lovers and influencers of all sizes and rather than leaving their potential online impact to chance, Google created the largest distinct attraction at the event, capturing the attention, time and sharing power of attendees

The top 3 posts for positive sentiment from CES 2019:

Arguably the biggest launches at CES are the ones relating to screens and televisions. Despite Samsungs 8K Micro LED marvels garnering a lot of attention, it was more the size and the burgeoning versatility of screen technology that capture the minds of visitors. Bendy screens, screens that plug in to each other to form new shapes and a simply humongous 19ft TV were more standout on social than the resolution upgrades.

Marques Brownlee took a ride from his hotel to the conference centre on a driverless car and filmed his journey. Viewers relished the chance to see a self-driving car from the inside and see it perform on the highway and city streets reacting to real world conditions.

One of thousands of ‘Best of CES’ posts describing different categories and technology nuances.

The top 3 posts for negative sentiment from CES 2019: 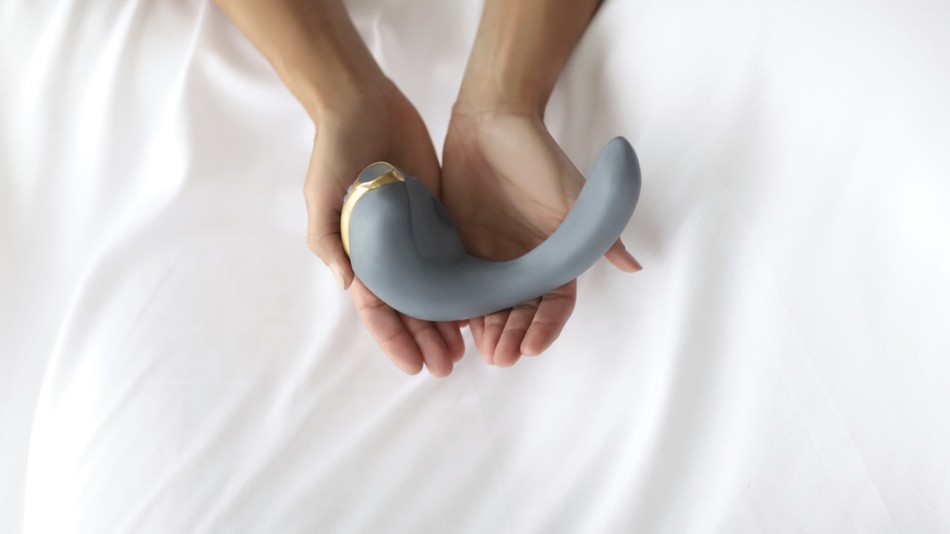 There was considerable outrage in regard to the omission of Lora DiCarlo’s new female sex toy. Whilst by all accounts representing a genuine step forward in the field of female sexual exploration and a healthy alternative to other more primitive devices, it was snubbed on the later indefinable grounds of being ‘immoral’ and ‘obscene’. Detractors of this view cite how adult VR and various sex paraphernalia design for male pleasure have been shown at the exhibition very prominently and as recently as last year’s show.


2.“This Sad Booth is a Metaphor for CES this year”

The folks at Shenzhen 3iRobotics missed the mark this year as their booth, despite being surrounded by other stalls that assault the senses and the quiver the wallets of all passers-by, only featured one of their staff members having a doze. This man became a meme for the week, and a metaphor for some of this year’s more cynical attendees.

3.“Bad News for Netflix freeloaders – Time to Get Your Own Accounts Back”

Synamedia drew groans from many people on social media for designing a software that has the ability to track users, on platforms such as Netflix, who share accounts and passwords. With content views contributing significantly to Netflix’s commercial, it will be interesting to see how see whether cracking down on account mis-use will drive the revenue boost they hope, but one thing we can say for sure is that the days of ‘Mate, chuck me your login’ are dwindling fast!

As the lines between people and technology blur, it’s important to understand and navigate people’s relationship with technology and to put people at the forefront of innovations and communications. After all, it is human brands that will stand out in today’s busy, connected world.

If you want to find out more about how we can help you humanise your brand drop us a line: hi@heyhuman.com