World Cup frenzy: Why we can learn more from player selections off the pitch With the colossal spectacle of the FIFA football World Cup having kicked off on the 14th of June, we couldn’t help but notice various footballing figures popping up on the high streets to advertise different brands and businesses.

At first, I think we’d all assume that this is simply a trick to benefit from the increased awareness of football and footballers alike during the month-long festival of sport. However, I think that these selections can teach us much more about how people with influence are used by different brands.

So far, we have spotted three examples from global businesses:

Influencers have nurtured not only an audience and social capital but also a spirit and reputation of their own - each of which can be leveraged powerfully by a business. In the case of Cristiano Ronaldo, his reputation is arguably that of the world’s best footballer (and his early burst of goals in this year’s World Cup has just confirmed this). Additionally, the image he has cultivated in recent years – through success on the pitch and a carefully crafted off-field persona – is that of an empathetic star and a caring father. This combination is trying to be inherited by American Tourister through a large-scale bus and digital launch campaign during the world cup.

This got us to think – is this large scale inheritance effect from such a star still a valuable strategy, or was there someone with a personality and image more in line with American Tourister, although maybe “smaller” than Cristiano Ronaldo?

2. @dele and the power of Audience Persona – BooHooMan

Utterly on the other end of the spectrum, we noticed BoohooMAN by Dele campaign.

Whilst his stock has risen sharply over the past 3 years – from exciting Milton Keynes loanee to nailed-on national team starter – no one who builds a brand relationship with Tottenham central midfielder Dele Alli is trying to leverage his image in a way that suggests he is the best footballer in the world.

Instead his value is seen as someone whose persona meets that of the typical boohooman: men in their mid-20’s, they are feisty and fit, have an edge to their personality and certainly aren’t the clean cut, pristine personality-less likes of their predecessors; they are a new generation with their own millennial style and approach to life and the games they play.

With yet again a different approach, BetFred’s adoption of Stuart Pearce is not to say that the cerebral and thoughtful coach mirrors their vision for their brand. Instead, his choosing feels to be more about his resonance with the audience; the image and feelings he stimulates in the hearts and minds of BetFred’s consumers.

It has been long since he was that London lad plucked from non-league obscurity to captain his country with unbridled passion and power. However, in the minds of the archetypal BetFred visitor, that is who he will forever be and the brand itself engages with this image heavily in their communications.

Do you want to know more on how to successfully connect with your audience via sports’ stars? Click here to download our latest White Paper “Achieve True Optimisation of Sports Marketing”. 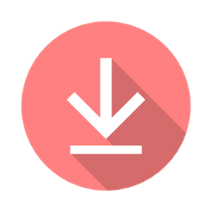